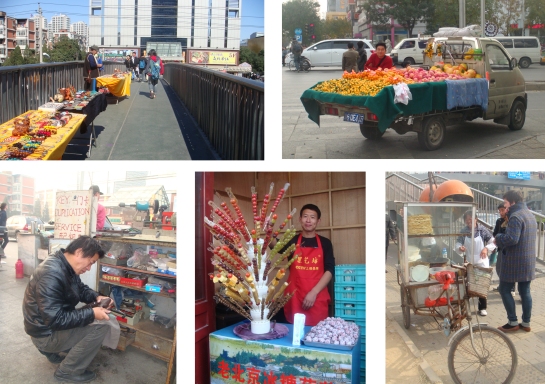 More photos from around Beijing carrying the theme of loose space…bottom left picture shows the man who re-healed my shoes and bottom right, the lady who cooked me a tasty 35p lunch. YUM. 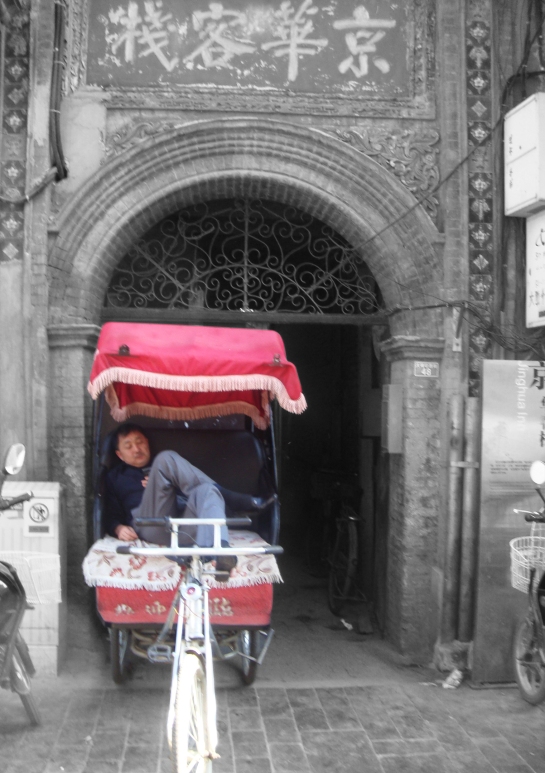 Touring in a rickshaw. 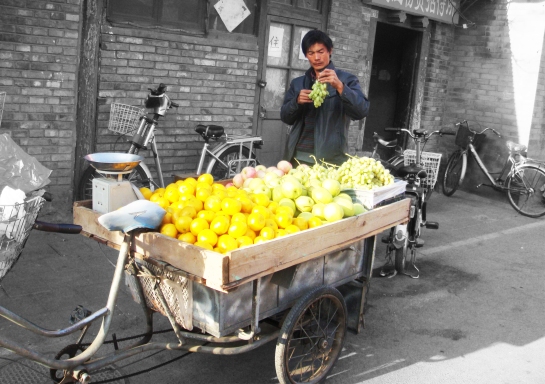 Finding a busy spot, parking up and making a living.

The pavements are obviously not just for pedestrians!

The solid and void theory holds the idea that volumetric spaces,  shaped or implied, in between the built fabric are important as or more important than the objects themselves. This is referred to as space in between, the breathing space of the city. It can also be referred to as ‘loose space,’ where the opportunities for exploration and discovery occur, where the unexpected, sometimes risky and spontaneous activities happen.

This is a topic that I have been interested in throughout my studies and coming to Beijing has only strengthened this! I love how people use space here.  Sometimes spaces are designed for a particular use, but here, I feel that people reinterpret these spaces and use areas to suit their own particular needs. It is how people use space here that makes it an interesting place to be, it gives character to the urban realm, makes it feel lively and vibrant. Enjoyed walking past a public space this evening with a group of 30 or so people taking a dance lesson outdoors. Then going round the corner to a barbeque on the street and ten or so people lined along selling various things.  People parking up their bicycles and others sitting on the walls relaxing. And that’s me only described one corner…(at Beixinqiao metro station).

Getting ready for some more urban planning at work tomorrow, where did the weekend go?!

I own all the rights to all the pictures and text written on this blog and cannot be reproduced. Any content from elsewhere is clearly credited.
Loading Comments...
Comment
×